Download the program here if you’d rather have an electronic version (and save paper!).

Register now for the 2018 SECSOR Annual Meeting in Atlanta, March 2-4.

ALL ATTENDEES: Please register at the SECSOR Eventbrite site. Students: there’s a $10/person discount for the first 30 student registrants!

If you are interested in attending the Women’s Caucus Breakfast or the Underrepresented Minorities Luncheon, please register for these events. There’s no additional charge, but we need a head count for the caterer!

ACCOMODATIONS: We will meet at the Buckhead Marriott and Convention Center.

PRESENTERS: The  draft program is available. (It will be updated as we get new information.) Some reminders:

Students at institutions in the Southeast Region are invited to submit papers for the Undergraduate Sessions, sponsored by SECSOR. Open to all topics, the sessions will be composed of the papers considered the best submissions by an interdisciplinary committee. Students should submit completed papers that reflect original student research of an appropriate length for presentation (approximately 12 double-spaced pages). No paper over 15 double-spaced pages, regular size font, will be considered; one submission per student. On a cover page, please include contact information for the student and a faculty sponsor who has reviewed the submission. Complete papers are to be submitted through the Google Docs link no later than December 15, 2017. The link is available at the “Proposal Submission Form” tab at the top of the SECSOR home page. Questions may be directed to the program chairs: for AAR, Dr. Joseph Winters (Joseph.Winters@duke.edu); for SBL, Dr. Phillip Michael Sherman, (Phillip.Sherman@maryvillecollege.edu).
All undergraduate papers are automatically considered for the Undergraduate Paper Prize.

SECSOR’S spring meeting in Raleigh, North Carolina, comes on the heels of the North Carolina General Assembly’s failure to rescind HB2 (the “Bathroom Bill”) and renewed calls for a boycott of North Carolina meeting and event venues due to the Legislature’s reaffirmation of discrimination. SECSOR is deeply concerned and distressed about the current law, which additionally prevents local principalities from passing their own anti-discrimination and worker justice provisions.

SECSOR finds itself in this bind because we typically make contractual arrangements with hotels two years in advance. When HB2 was approved by the North Carolina Legislature, SECSOR already had a contract with the hotel that included cancellation fees higher than the funds SECSOR had available.

In response to our concerns, irrespective of state law, Marriott has reiterated that all persons (regardless of race, religion, gender identity, or any other difference) will be treated in an affirming manner on their properties.

·In scheduling future conferences, the board will make every effort to take into account the political vicissitudes of serving in a region in which state governments may not share the commitments to human dignity and value that are a part of our ethos as an academic organization.

Thanks to the University of Alabama College of Arts & Sciences for hosting the website, and their department for their support. This site is managed by Jacob Barrett. 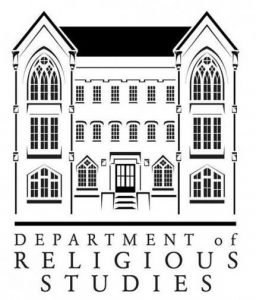